What is the difference between a MIDI interface and an audio interface?

A MIDI interface is a device that performs a specialized task—it provides a MIDI data connection between a MIDI device (i.e., a MIDI instrument or controller) and a computer.

In contrast, an audio interface can perform a variety of tasks, including:

MIDI, or Musical Instrument Digital Interface, is a communication standard for musical instruments.

It was developed in the 1980s and has since been widely used in the performing, recording, and arts industries.

MIDI data is digital, and consists of instructions and performance notation about the musical notes played in a sequence of music, and also how they were played. It doesn’t contain any (actual) sound data.

MIDI musical data can only be “heard” when the data triggers MIDI-enabled electronic instruments (MIDI instruments) to play the musical notes that the MIDI data contains.

The same MIDI data can be used to trigger different MIDI instruments, creating different sounds, although playing only the musical notes (and other performance information) that the MIDI data contains.

Digital audio data, on the other hand, is a digital representation of actual sound waves. It’s created by converting analog sound (i.e., “normal” sounds that humans can hear) into a digital form using a process of analog-to-digital conversion (ADC).

Digital audio data, once recorded, is difficult to change—you can’t change the type of instrument that’s been recorded, for instance, but you can edit the sounds to some extent.

You can also view this article to see how MIDI data and audio data are recorded differently in digital audio workstation software.

When would you need a MIDI interface?

There are two situations when you would need a MIDI interface:

When you want to communicate directly between two or more MIDI instruments—a MIDI-enabled synthesizer and a MIDI-enabled drum module, for instance—you usually won’t need a MIDI interface. Each of these devices would typically have its own MIDI ports that don’t require an interface.

If your MIDI instrument doesn’t have a USB-MIDI connection (the first situation above), then without a MIDI interface you won’t be able to send MIDI data to, or receive MIDI data from, your computer.

If your MIDI instrument does have a USB-MIDI connection (i.e., it effectively has a built-in MIDI interface), then all you need to do is connect your device to your computer via a USB cable—the MIDI data will flow through that connection.

If you do need to use a MIDI interface, you have two options—you can use either a dedicated interface or you can use an interface that comes included with an audio interface.

The option you choose will depend on your circumstances and the equipment that you already own—the additional functionality offered by audio interfaces may be useful to you, or you may already own an audio interface that doesn’t have a built-in MIDI interface, in which case you’ll need to consider purchasing a dedicated MIDI interface.

Let’s look a bit closer at these two options.

A dedicated, or stand-alone, MIDI interface allows you to connect MIDI instruments to a computer through standard 5-pin MIDI cables.

Dedicated MIDI interfaces come in a range of configurations, depending on:

You’ll need to consider which type of MIDI interface suits your needs.

The picture below shows a typical dedicated MIDI interface:

Many MIDI interfaces, such as the one shown above, include MIDI IN, OUT, and THRU ports. They would also include a way of connecting between the interface and your computer—usually a USB connection.

Standard MIDI cables allow only one-way communication. So, a typical MIDI setup would be:

The MIDI THRU port was popular in the early years of MIDI, before the wide use of fast and capable digital hardware and DAWs. MIDI THRU offered a practical way of controlling other devices—a process called daisy-chaining—without the latency issues associated with normal audio flows.

As mentioned, many audio interfaces include a built-in MIDI interface.

The picture below shows an example of the MIDI ports included in an audio interface:

In this case, the setup between your MIDI instrument and the audio interface would be similar to the stand-alone case.

Many built-in MIDI interfaces do not offer a MIDI THRU port, so if this is an important consideration, you may need to consider a stand-alone MIDI interface.

A MIDI interface is a specialized device for communicating MIDI data between a MIDI device (i.e., instrument or controller) and a computer.

An audio interface, on the other hand, does a variety of things including analog-to-digital (and digital-to-analog) conversion, microphone pre-amplification, phantom power provision for balanced mics and cables, and typically offers one or more input and output connections.

So, MIDI interfaces come either as stand-alone devices or included in an audio interface—which one you choose will depend on your circumstances and needs.

You’ll need to use a MIDI interface when:

In most other situations, you may not need a MIDI interface at all. 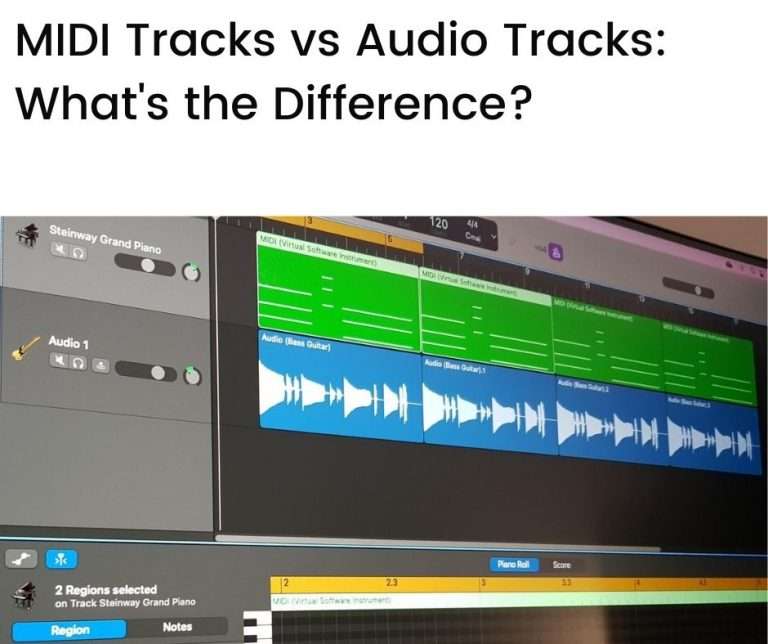