How is MIDI data different from audio data?

MIDI, or Musical Instrument Digital Interface, is a standard for recording musical performance data in a digital format. It was developed in the 1980s and originally applied to keyboard instruments.

Audio data, on the other hand, refers to the representations of actual sound waves in analog or digital format.

MIDI does not represent sound waves. Instead, it is a set of instructions (or notations) about musical notes, chords, and sequences.

MIDI is, by design, a digital data format and can be stored and processed on computer systems.

There are several other differences between MIDI and digital audio worth noting:

MIDI data and audio data can both be stored as musical tracks using computer software (for MIDI and digital audio data) or using analog recording equipment (for analog audio data).

Analog recording equipment includes tape machines, vinyl, and other recording media that capture analog audio. Nowadays, most people prefer to work with digital audio as it can be processed using computer systems that offer more capabilities and versatility than analog systems.

We’ll focus on digital audio in this article.

Several tracks can be combined to form a musical composition. There are many computer software applications available for this purpose, and these are often referred to as Digital Audio Workstations or DAWs.

Let’s look at an example to better understand the differences between MIDI tracks and audio tracks.

We’ll use Garage Band as our DAW to record MIDI and audio tracks (Garage Band is available for free on Mac OS).

We’ll also use virtual software instruments, a bass guitar, and an audio interface to generate and record our virtual (MIDI) and actual (audio) sounds.

Keep in mind that you could use any DAW, any virtual software instrument, and any analog (actual) instrument of your choice (including your own voice)—the concepts outlined in this example will still apply.

The MIDI keyboard will be directly connected to a Mac (running Garage Band) via a USB cable—this allows the keyboard to pass on MIDI information to Garage Band.

For our audio track, we’ll use an (actual) bass guitar to play notes and convert the analog audio (coming from the bass guitar) to digital audio using a Focusrite Scarlett 2i2 audio interface—a relatively inexpensive, yet high-quality, audio interface.

Let’s play a few simple chords on the MIDI keyboard—say, the D, G, and C triads of the C Major scale—and record this in Garage Band. This will be recorded as a MIDI track in Garage Band.

Remember that Garage Band does not record any actual sound data on the MIDI track, it only records information about the notes played and the timing of those notes (along with some other information, such as how hard the keys were pressed).

Since Garage Band doesn’t have any sound data for the MIDI track, we’ll need to choose a virtual instrument for Garage Band to associate with the MIDI notes (chords) played—this will allow Garage Band to generate sounds based on the MIDI information it receives.

Let’s choose a “Steinway Grand Piano” as our virtual instrument, which is one of the many choices available in Garage Band.

Once we do all of this, we’ll have recorded our MIDI track in Garage Band—the picture below shows what this MIDI track looks like:

There are a few things to note about the MIDI track:

You can listen to what this track sounds like by playing the below audio file.

What if we wanted to play a different instrument on our MIDI track?

Let’s try this by changing our virtual instrument selection from Grand Piano to Trumpets—another one of the standard choices available in Garage Band.

The picture below shows what the MIDI track now looks like:

You can listen to what this track now sounds like with the below audio file.

Did you notice how the same chords are being played? It’s just that the instrument playing the chords has changed.

This is one of the main advantages of using MIDI—you can swap and change the instruments (that generate sound) as you wish as the MIDI data only records the notes that you play and the way that you play them.

But how do the virtual (software) instruments generate the sounds that you hear?

It’s simply a matter of converting the digital data associated with the virtual instrument into an analog form that we (humans) can hear.

In our example, this was done using the Focusrite audio interface (that has an in-built, high-quality digital-to-audio converter, or DAC). But any computer system that has an audio output can do this using their in-built DACs to generate analog sound that can be heard through amplified speakers or headphones.

We’ll play a few notes on our bass guitar that (we hope) match the chords in our MIDI track.

Remember that our bass guitar is connected to our audio interface which converts the (analog) sound coming out of the bass guitar to a digital form using its in-built analog-to-digital converter (ADC).

The audio interface records the actual sound waves coming from our bass guitar. And, after converting it to a digital form (using ADC), it sends the information to Garage Band to be recorded as an audio track.

The picture below shows what our audio track of the bass guitar looks like:

What do we notice about this audio track?

Unlike our MIDI track, we cannot change the recorded instrument from a bass guitar to any other type of instrument—the only way to do so would be to play the different instrument and re-record the track.

You can listen to what the bass guitar audio track sounds like with the below audio file.

As before, this audio file is an MP3 file that was generated by Garage Band, but the sound that you hear in this case is an actual recording of the bass guitar—the notes that were played on the bass guitar.

Let’s now bring our tracks together to form a very simple “song”.

We’ll revert to our original MIDI instrument—the Grand Piano—for our MIDI track, and combine this with our bass guitar (audio) track.

The picture below shows what the tracks look like:

Seeing the tracks next to each other, the differences between them should be clearer.

You can listen to what these tracks sound like when played together in the below audio file.

So, using modern DAWs it’s easy to combine MIDI and audio tracks together. Although the data used in each of these tracks are fundamentally different, they can combine seamlessly to form a coherent audio production.

MIDI tracks can be applied to any virtual (software) instrument—the MIDI information simply triggers a virtual instrument to play sequences of notes in the manner described by the MIDI data.

Audio tracks, in contrast, record actual representations of sound waves, and once recorded, the instrument that played the audio recording cannot be changed. 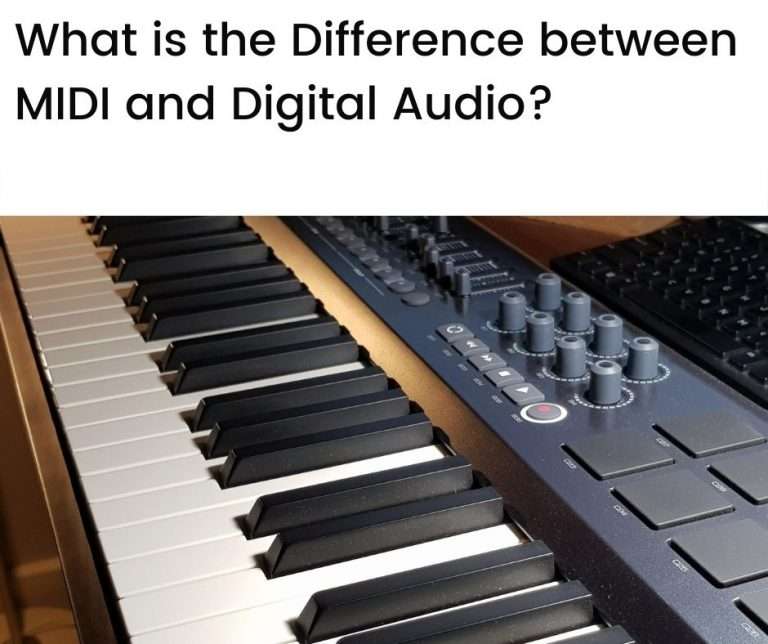 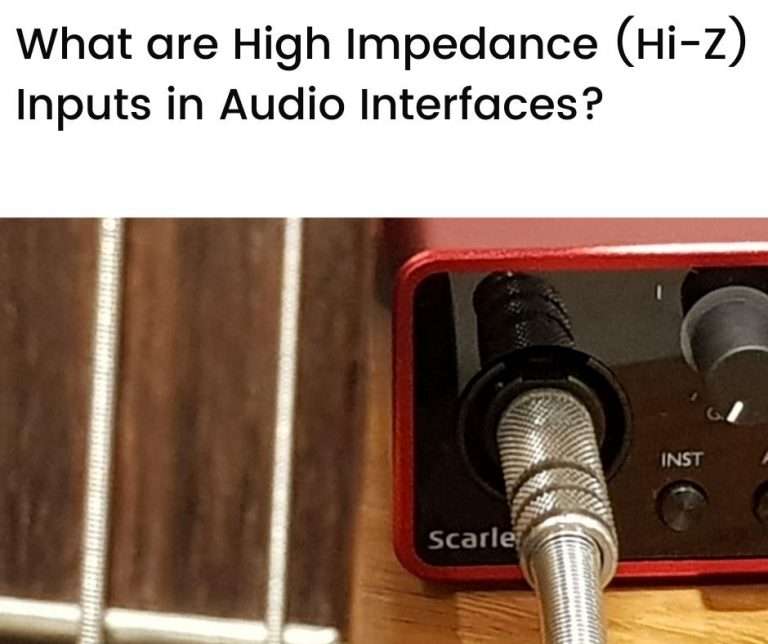 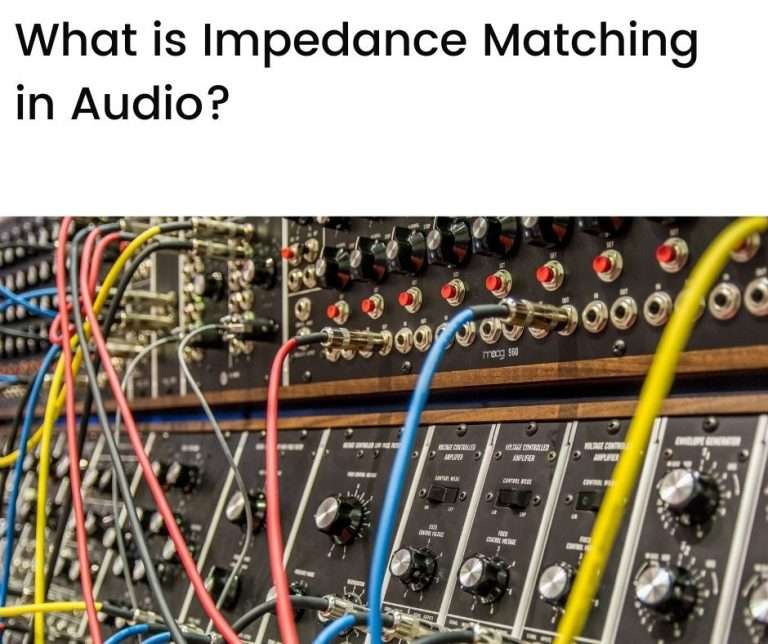 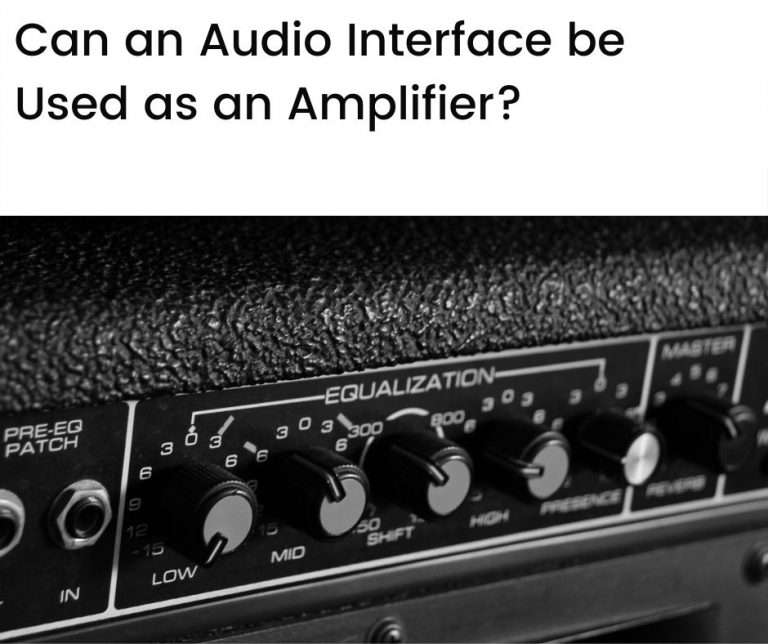 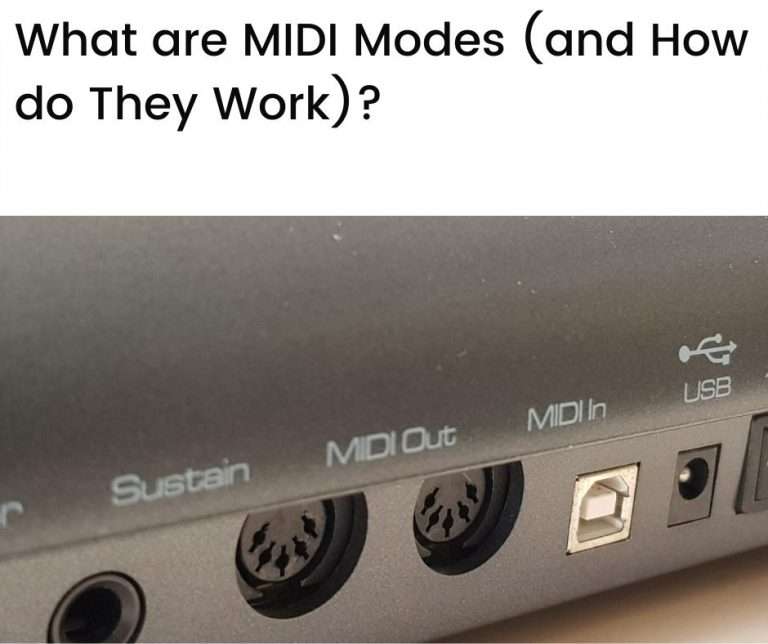 MIDI modes are settings that control the way that MIDI instruments communicate with each other. They are grouped by the characteristics of MIDI instruments—monophonic or polyphonic—and by MIDI channel assignments. There are four original MIDI modes and two additional modes that were developed for enhanced functionality. MIDI modes offer a versatile way of organizing MIDI…