Condenser mics offer a high degree of fidelity and are favored in studio environments. They are active devices that require phantom power, balanced audio cables, and pre-amps in their connection chain—all of these should be included for the correct operation of condenser mics. Conveniently, most audio interfaces provide in-built phantom power and pre-amps, otherwise, external sources are required.

Connecting a condenser mic to an audio interface

Condenser microphones have a high degree of audio sensitivity and fidelity and are widely used in studio recording environments.

They are balanced audio devices that contain active circuitry. They, therefore, require external power to operate.

Then, the process for connecting a condenser mic to an audio interface is as follows:

The phantom power switch on an audio interface is usually labeled “48V” or “P48”—ensure that this is switched off.

Turn the gain (or “volume”) of the audio interface’s XLR connector to zero.

After all these connections are secure, switch on the phantom power and adjust the audio interface’s XLR connector gain to the desired level.

Some audio interfaces may not have a physical switch for phantom power. In these cases, you’ll need to turn the phantom power on and off via the included controller/mixer software.

The pictures below illustrate the connection process:

To understand why a condenser mic needs to be connected in the manner described above, let’s take a closer look at the key components of the connection chain: Pre-amps, phantom power, balanced audio cables, and combo jacks.

Microphones tend to produce very low signal output levels and these are not strong enough to connect to other components in an audio workflow. Hence, these output signals need to be amplified to a level that can work with other audio devices—this level is usually referred to as a line level.

Fortunately, most audio interfaces include in-built pre-amps. If not, then an external pre-amp would be required for using a microphone with an audio interface.

As mentioned, condenser mics contain active circuitry that requires external power. This differs from dynamic mics and most ribbon mics, which are passive devices that do not require external power.

Phantom power is a way of providing the external power that condenser mics need, and again, most modern audio interfaces include a phantom power connection.

Since it’s included within the audio interface, there’s no “visible” power supply involved, and this is why the term “phantom” is used to describe this type of power. It also (usually) has no effect on passive devices, which is another reason for calling this type of power “phantom”.

If phantom power isn’t available in an audio interface, then an external phantom power supply would be necessary for using condenser mics.

But why do condenser mics need phantom power in the first place?

The diaphragm construction of condenser mics—the part that vibrates in response to sound waves—is very thin. This “fragility” helps to provide condenser mics with their high sensitivity and fidelity characteristics.

But the fragility of condenser mic diaphragms means that they produce only tiny currents. Hence, their signal outputs require a phantom power “boost” before connecting to other audio devices.

Balanced audio cables contain three conductors (rather than two) and are required for applications that use phantom power.

If phantom power is used with an unbalanced cable (containing two conductors), it could lead to an overload on any connected microphone and may cause serious damage.

This is because balanced cables contain two signal paths (the other conductor goes to ground) that transmit phase-inverted copies of the original signal.

At the receiving end of a balanced connection (eg. at the audio interface), the phases of the two signals are synchronized and the original signal is restored—any common interference that develops along the signal paths is canceled out in this process.

Unbalanced cables have only one signal transmission path, so any interference that develops is carried to the receiving end without being canceled out.

Many audio interfaces include combo jacks for connecting microphones. These allow either an XLR cable or a TRS cable to be connected.

TRS cables are used for instruments or other line sources, but XLR cables should be used for microphones—it’s the XLR connection that provides access to the pre-amp in an audio interface.

When connecting a condenser mic to an audio interface, each component in the connection chain has a specific purpose—pre-amps boost the low-level microphone signals to line levels, phantom power activates the tiny currents produced by condenser mics, and balanced cables transmit the phantom power and minimize interference.

It’s important to include the necessary components and follow the correct sequence when connecting a condenser mic to an audio interface. This helps to minimize possible damage and ensure that every component is working properly. 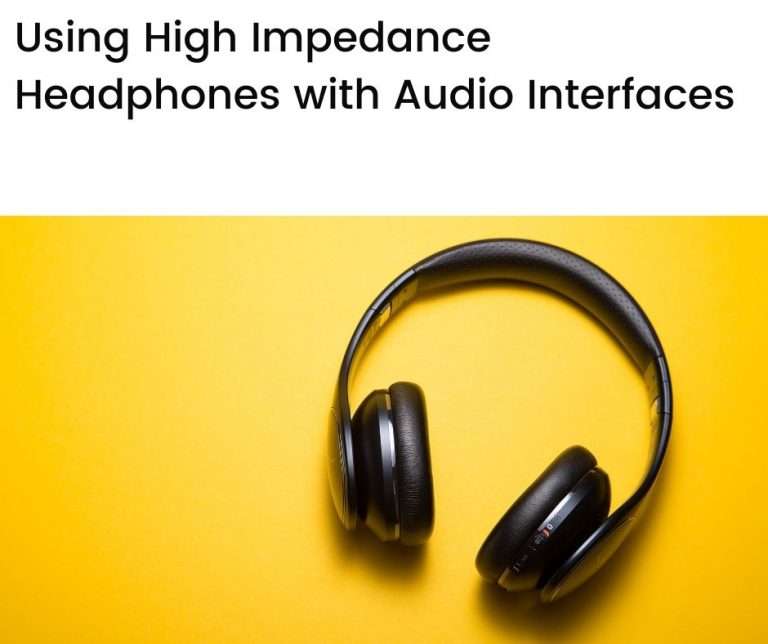 Headphone impedances vary from around 8 Ω to 600 Ω, with those at the higher end of this range referred to as high impedance headphones. These require more power to operate, so when connecting to an audio interface, mains-powered interfaces are preferred over USB-powered interfaces. Higher impedance brings some benefits to headphones, the most important… 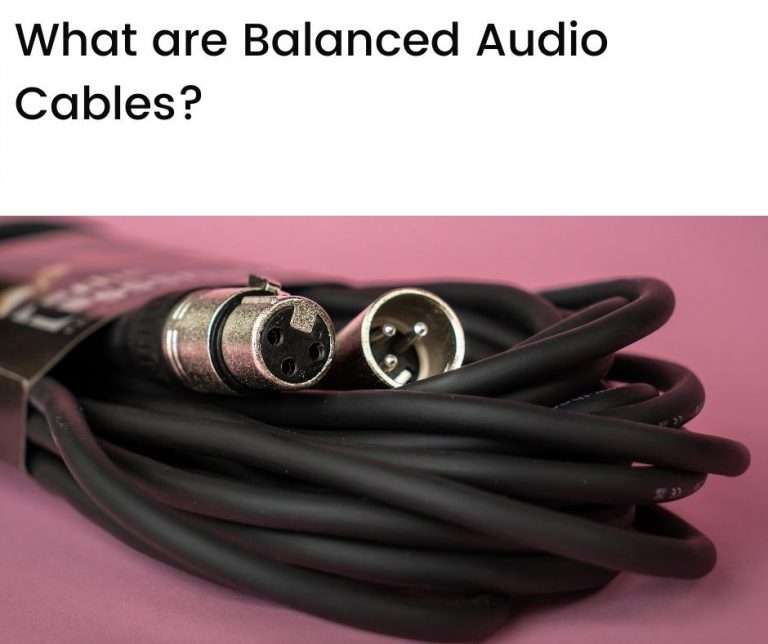 Balanced audio cables have three conductors and carry balanced (positive and negative) signals. They can minimize interference due to the way that the balanced signals are processed at the receiving end of the cable. They, therefore, offer better audio quality than unbalanced cables.

Star quad cables are effective at reducing electromagnetic interference due to their unique construction, featuring a star-like configuration of four (quad) conductors. They are favored in many professional audio settings. They have two main drawbacks, however—their high capacitance levels, which can be an issue for longer cable lengths, and their high cost.